Summary: Mahatma Gandhi’s name is synonymous with non-violence, freedom, justice and a life-long crusade for the equality and dignity of all living beings. On the 149th birth anniversary of Gandhiji, SME Expert Anirudh Gupta shares nine entrepreneurial lessons that we can learn from the Father of the Nation.

On Tuesday, 2nd October we will celebrate the birth anniversary of Mahatma Gandhi (Mohandas Karamchand Gandhi) – the Father of the Nation who actively led India’s independence movement against British rule through non-violent means. Most of us do not fully understand the sacrifices and struggles our forefathers have gone through to give us the freedom we enjoy today. In today’s context entrepreneurship is a major source of generating jobs and creating a favorable business environment, fostering financial and entrepreneurial freedom for the citizens of the country. There are many lessons we can learn from our founding fathers, especially Gandhiji, that can help us connect the dots and make our business journey more fruitful.

Some lessons that we can infer from Gandhiji’s life and apply to the business context are:

Mahatma Gandhi was a very successful lawyer in South Africa. One fine day he was asked to vacate on a train his first-class seat in favor of a white man. He realised the bitter realities of racism and felt it must change. Many of us go through changes in life, sometimes dramatic but we don’t look at the message of the universe. He did. He chose to follow his destiny.

As business owners we must be aware of all situations—good or bad and be willing to learn from our life experiences. If things do go against what we had initially planned, determination and perseverance will lead us to what we had envisioned for our business.

2. Pilot on a smaller scale

South Africa was his pilot. He learned how to organise people together without the control which modern organisations today levy i.e. money and position power. It helped him transform himself internally as a person and understand the pain of inequalities at a mass level.

Similarly, entrepreneurs can start small, learn as they go along and then scale their business once they’ve fully understood the dynamics of running a business in a diverse and a competitive environment.

3. Focus on the next goal

Gandhiji’s focus was on a larger cause—respect for all individuals and universal dignity of life. However, initially there was little clarity on how he would achieve his mission. He took decisive action and moved to India when he realised that his motherland must break free from the chains of colonial rule.

Entrepreneurs must always look ahead. There is no room for being complacent as a business owner. Each step in the entrepreneurial journey must lead to the larger vision or goal.

When Gandhiji came to India, he met Lokmanya Tilak who advised him to go to every nook and corner of the country to understand India and its challenges. That understanding helped him relate to people and motivate them to fight for the country’s freedom struggle.

If we see in today’s context, Ola’s founder travelled across the length and breadth of the country before starting his entrepreneurial journey. That gave him a better understanding of the Indian market and the ability to create a business model that could be adapted to every corner of the country.

Tenacity is critical to build and experiment with a wider view. Think big, start small. To his credit, Gandhiji travelled across the length and breadth of the country to develop it. This is also known as first-hand information and insight.

Entrepreneurs must have keen insights and first-hand information about their product, customers, market and competitors.

6. Tools are a must for any change

The charkha become a symbol of change and was useful to promote the message of simplicity and self-reliance. His fasts were routine, which made people think and provided an inspiration to contribute to the freedom struggle.

Entrepreneurs must understand what their brand or product stands for or symbolises and this should be the core foundation of the entire marketing strategy.

7. Understand the pulse of the people

Gandhiji understood intuitively that if we go the armed struggle way there would be a lot more bloodshed and future problems in terms of power struggles. This is one of the principal reasons for choosing non-violence. In that lies his wisdom.

Entrepreneurs must understand the needs of the customers and accordingly create or tweak their product. In other words, put the customer at the center of every business decision.

8. Base yourself in the right environment

There is a saying ‘Go where the water is’. Gandhiji set up an ashram in Sabarmati, Gujarat. It was a prosperous state even then and he could appeal to the conscience of the business community to contribute to the freedom struggle. It helped in the long run.

The learning for entrepreneurs is simple: You may have the right product, but do you have the right market for that product? Understanding market penetration rates for your product is crucial.

9. In every situation, be transparent

In a business context this translates to value of customers, client-centricity and more importantly the courage to be truthful. Many people are not able to solve their business or relationship issues because they are not transparent in their dealings. Being transparent solves 90% of all problems.

Gandhiji is one of the rare leaders who inspired the world and it is up to us to keep his legacy alive in the present times. The greatness of this visionary is encapsulated in Albert Einstein’s famous quote – “Generations to come will scarce believe that such a one as this ever in flesh and blood walked upon this earth.”

PrevPrevious6 limiting financial beliefs that prevent SMEs from achieving business success
NextAre you ready for the next level of business growth?Next 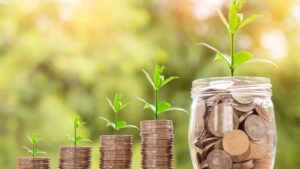 As a human being, our ultimate goal is freedom from bondage, however, it is difficult to attain it on account 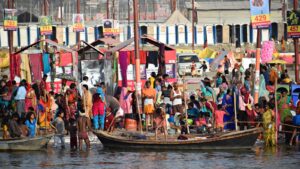 Make a Fortune with These Lessons from Kumbh

There is an interesting story to how the Kumbh came into being. As per mythology, samudra manthan (churning of the oceans) was 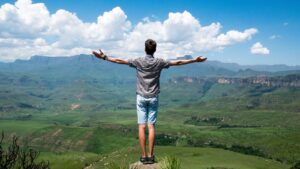 7 Secrets to Be an Effective Executive

Uneasy lies the head that wears the crown, as the Bard said. There are similarities to problems and opportunities for